How does one get into farming and how do I become a successful?  These and other questions, were answered by Alberta Agriculture at an event titled “Getting into Farming.”  I attended to learn more about the possibility of reviving the De Paoli cattle brand, along with potential farmers and producers were in attendance to gain an understanding of what is needed to start up a farming operation.  The audience was wide, from people interested in starting a  pure breed cattle operation, to poultry to grain farmers in the making.

Items like capital, land use by-laws, location, soils and inputs were presented at the seminar.

My biggest takeaway from the day’s presentations was the costs of everything involved in an operation; from land, to financing structures.  Many participants were surprised by the amount of capital required and how long it takes to see a return.  We also learnt something that Anna De Paoli has talked about with many clients; the importance of a Business Plan to a start-up operation.  To put it simply, if you have a structured plan, banks are more likely to approve you for a loan.

Getting into Farming broke the numbers down in a simple formula, in Alberta the average farm needs $5 of Gross Income to cover $1 of living costs, if the cost of living was for example $45,000, it would actually take $225,000 of gross income to make that cost of living possible.  This was a surprise to many in attendance.

There are grants available for new producers to help lighten the load on the high costs of farming through a number of programs including:

The programs above were intriguing to us, as was the average age of a farmer is in their 50’s and 60’s and there is an opportunity for young farmers to get into the game with a kick start from some of these programs.

We also heard a success story from a farmer from Balzac who immigrated from Denmark and started his operation on a very small scale.  He rented land on his initial start-up from neighbours, starting with 6 cows and 80 acres of barley.  Now, 15 years later, he has more cattle at 200 head and owns 500 acres of arable land. The presenter also showed ways to be efficient with resources available, he used his cattle to fertilize his barley field to eliminate high fertilizer costs and used his cow/calf operation on a trade basis with others as he’d trade steers for heifers to help build his herd.

One of the most seemly obvious points,was the impact that mother nature has on farming and the lifestyle of a farmer. On days like today, at minus 10 Celcuis, do you like working outside? Can you deal with the cold winter months and making sure livestock are fed, safe and have water to survive?

All are important questions you’ll have to ask yourself when you’re making the decision to take the plunge into an industry that is very rewarding but is very costly,  both financially and in time.  It involves thousands of hours of unpaid work to be successful.

Farming has never been easy, but nothing in life ever is.  With some luck, determination and the right plan in place there are still opportunities to get into one of the biggest and most interesting industries in the world. 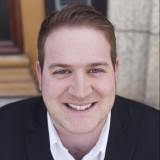